The Finnish maritime cluster is a versatile entity with a wide range of very diverse companies with expertise, resources and business in a wide variety of operating environments and markets complementing each other’s expertise.

The cluster’s operating environment is extremely international and constantly faces global competition. However, the development of the last few years shows the vitality of the national maritime cluster, as the companies involved have shown their ability to transform into different markets and to build international connections in difficult times.

The total maritime cluster turnover increased to 13.6 billion euros while the directly employed personnel was 49,500.

The marine, shipping and port industries in the private and public sectors are the three main interdependent groups of the national maritime cluster. Despite of the challenging environment, the total turnover of the maritime cluster grew to 13,7 billion euros in 2017, from where the latest figures have been available.

About 3,000 companies operate in the Finnish maritime cluster and more than 1,500 limited liability companies had submitted their 2017 accounts to the authorities. The total maritime cluster turnover increased to 13.6 billion euros while the directly employed personnel was 49,500.

The total turnover of Finnish marine industry rose to EUR 8.33 billion, up 3.6% on the previous year. In 2017, the marine industry employed a total of 29,000 people in their marine-related businesses. The marine industry figures reflected especially the good market situation in cruise ship construction, which was forecasted already a year ago by Mr. Tapio Karvonen at the University of Turku, Brahea Center, who has led the updating study of the economic indicators. The combined net sales of the largest shipyards increased by almost 14% despite the continued weak market situation in the offshore business. Mr. Karvonen expects that in 2018 positive development will continue to be strong in shipbuilding, as the turnover growth will begin to be seen more in the subcontracting network companies.

The net sales of the shipping and other shipping-related operations grew by 4.3% to EUR 3.62 billion. The favorable development of the freight market is the most important factor. On the passenger side, the change has been much smaller. The combined turnover of port operations remained unchanged at EUR 1.38 billion. In the port industry, the previous year 2016 was a period of strong growth, which was now followed by a year of stabilization. However, in ports, more cargo was handled in the previous year, as the volume of foreign sea transport increased by 4.1%. In port operations, the number of personnel decreased, while in other sectors the number increased, down to 6,200 persons. Finland’s maritime cluster is one of the country’s most significant business sectors with annual revenues of EUR 14 billion. The sector employs 50,000 people all over the country. The maritime cluster encompasses about 3,000 companies from various sectors, all of which are connected by their maritime expertise. Our diversity differentiates us from many other countries. 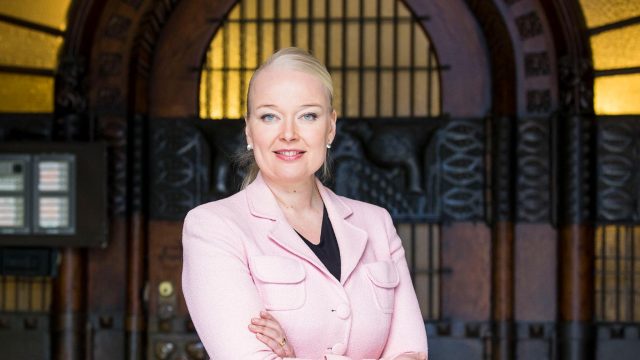 Editorial – Finland is a pioneer in digital seafaring and environmental technology

Finland’s maritime cluster is one of the country’s most significant business sectors with annual revenues of EUR 13 billion. The sector employs more than 50,000 people all over the country.